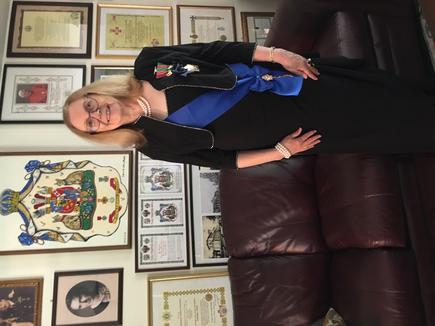 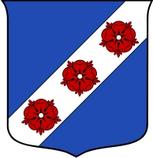 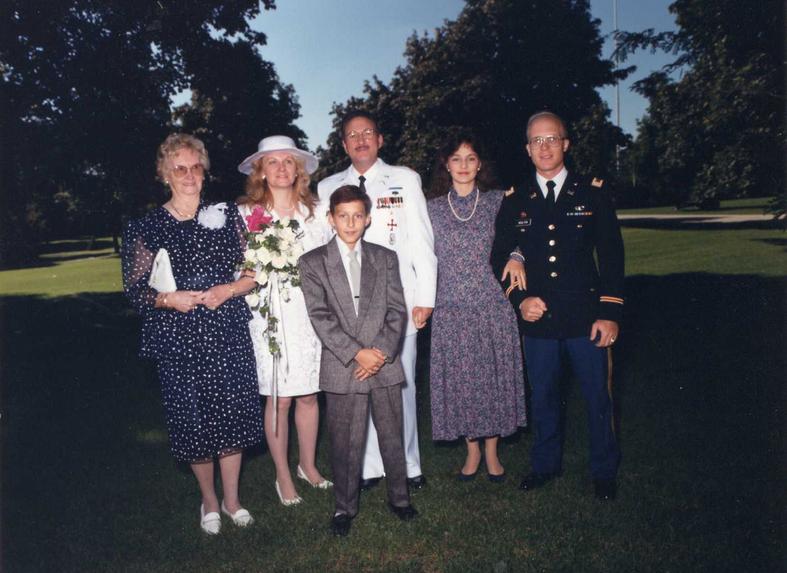 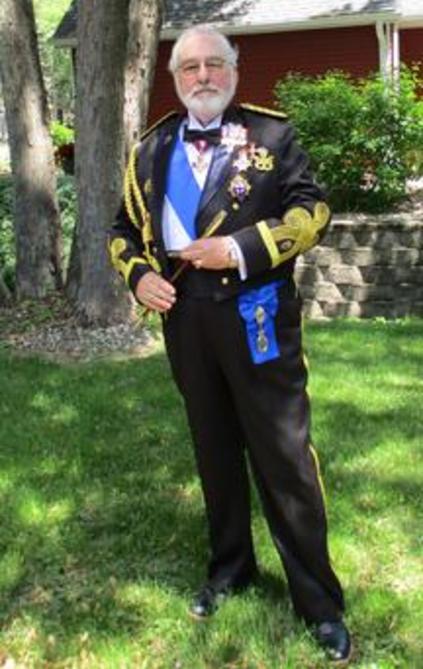 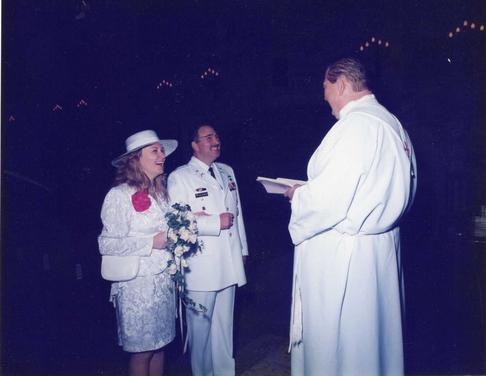 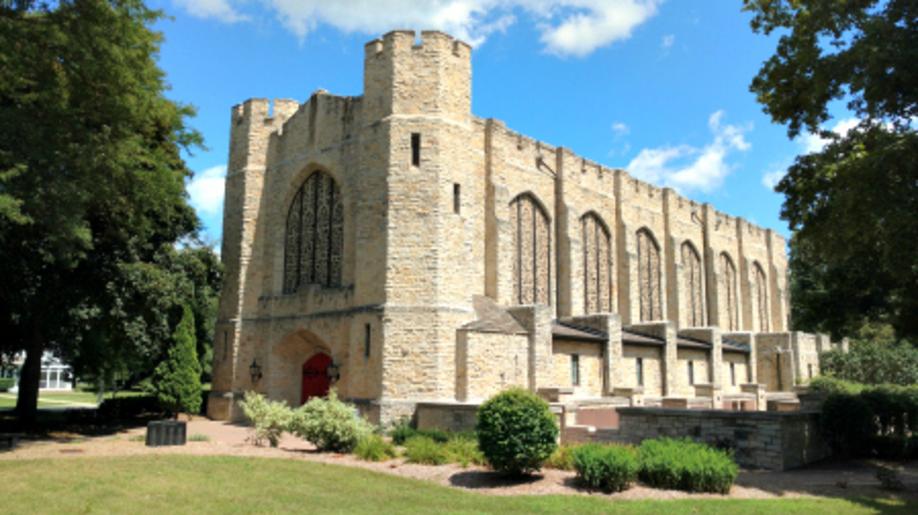 Order Silesia
Defenders of
Our Civilization

Although the undisputed heir to the Ducal/Princely House Gulgowski-Doliwa is proud to administer the history of his ancestors' domain, he, nevertheless, is equally content with living in the "here and now" of his earthly life. To this end, he feels honored by the commission of the Commonwealth of Kentucky as a Colonel Aide-de-Camp to the Governor of that state.

Please note that "a Kentucky Colonel commission is the highest honor bestowed by the Commonwealth of Kentucky. It is equivalent to being made a Knight by the Sovereign of the United Kingdom."

While every Governor has a unique list of qualifications for bestowing the Commonwealth's highest honor, a Kentucky Colonel has demonstrated outstanding personal achievements and commitment to servicing their community, state, and nation.

this is also the time and space to be nostalgic:

Just a few months prior to our Episcopalian (Anglican) church wedding in the ramparted Victory Chapel of the Northwestern St. John's Military Academy, we enjoyed a wonderful time as guests of Burg Gutenfels overlooking the majestic, legendary Rhine River, showed right below. 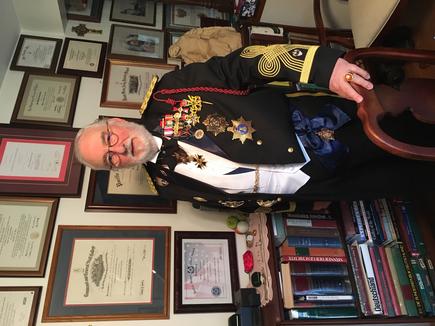 At  the time of the Reigning Duke's departure from this life, his wife, Princess Heide Anna Maria

Crowns are much more than those who are entitled to wear them. 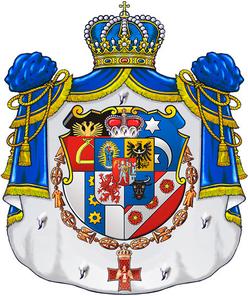 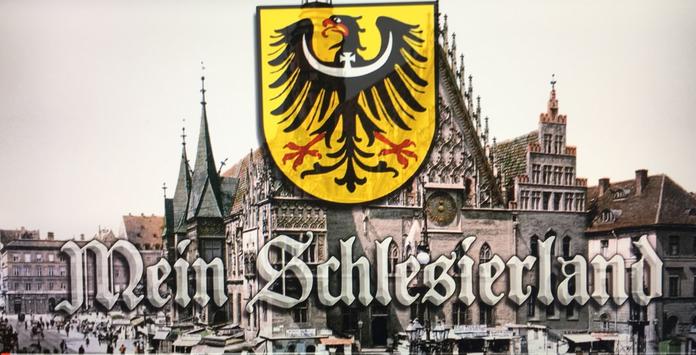 Consequently, it was only natural that we exchanged our marriage vows in a House of God that resembled a fortress, signifying the unassailable strength of our Christian faith and our believe in a supreme God. 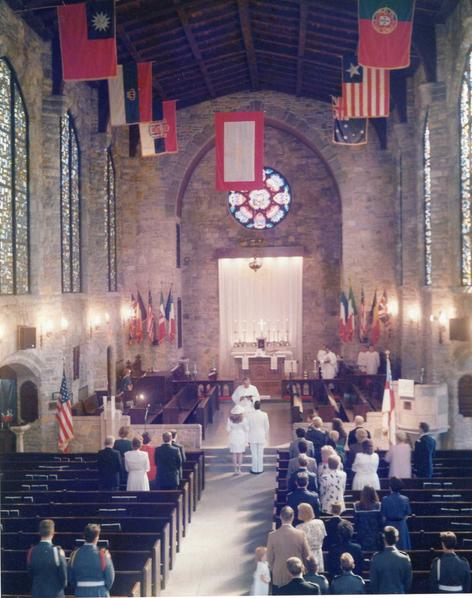 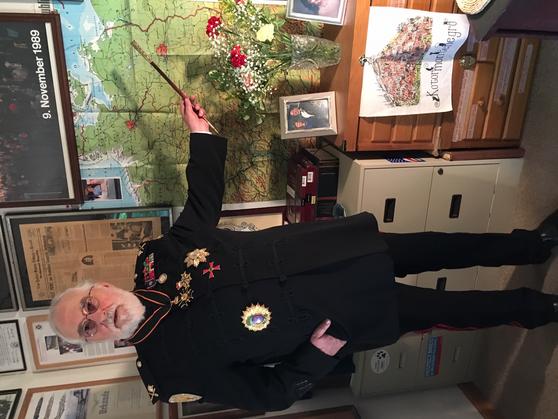 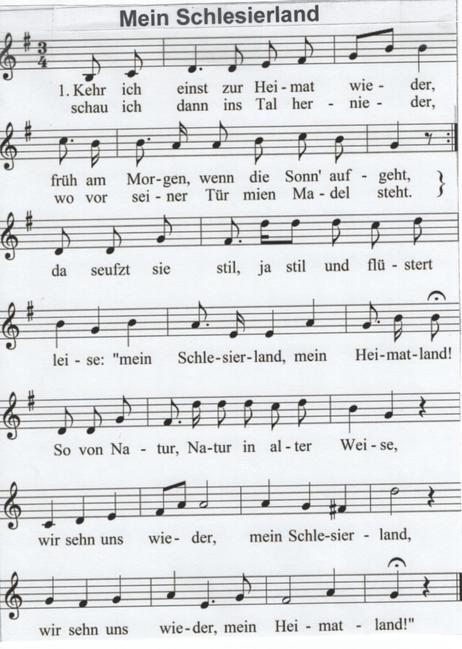 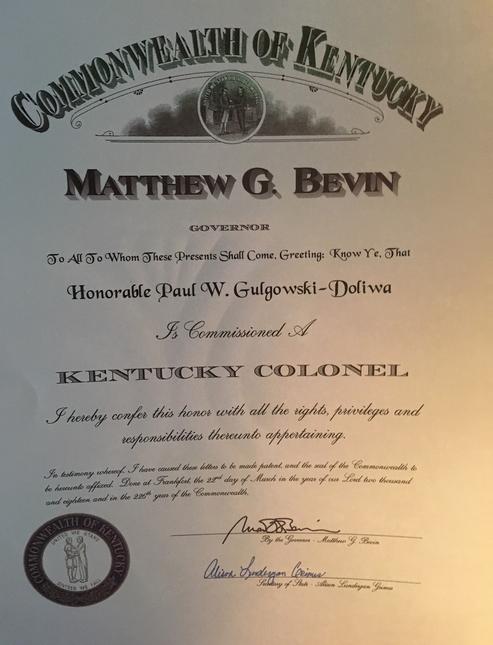 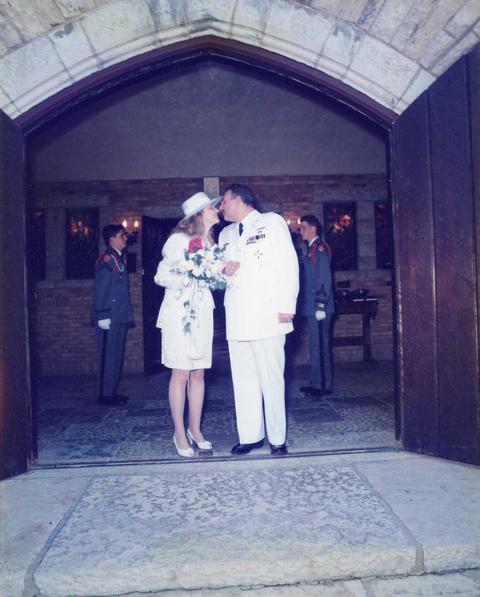 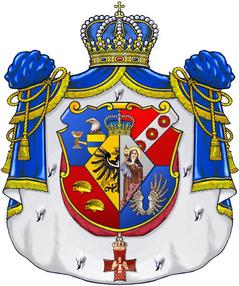 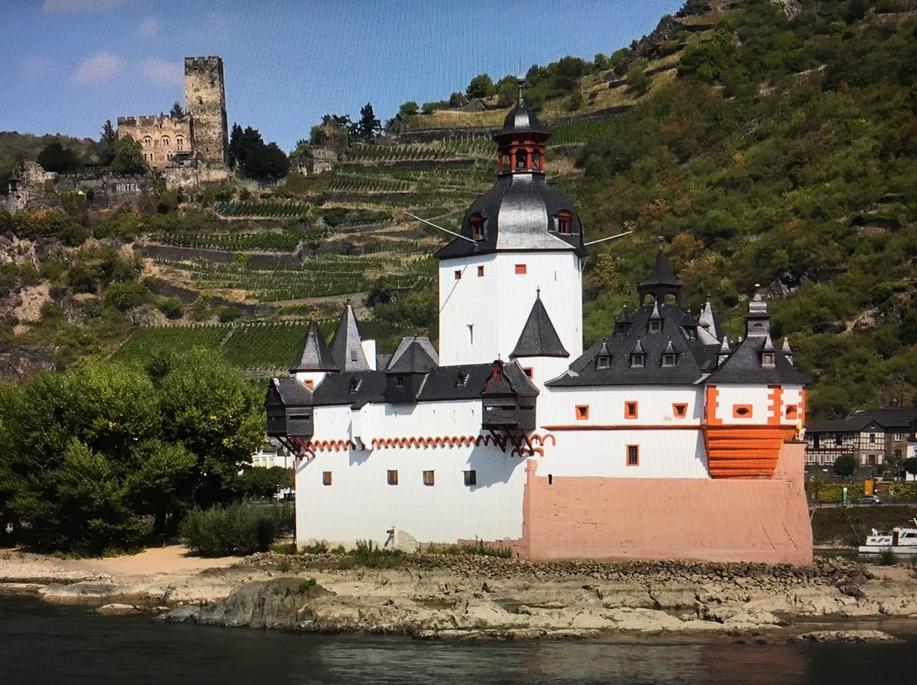 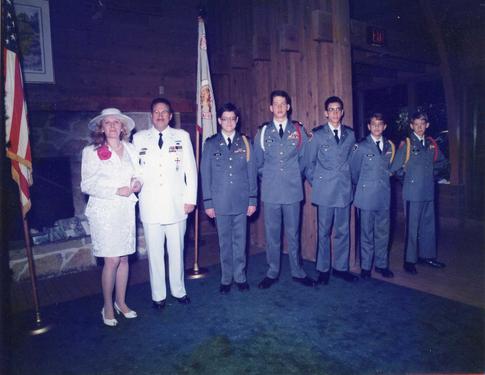 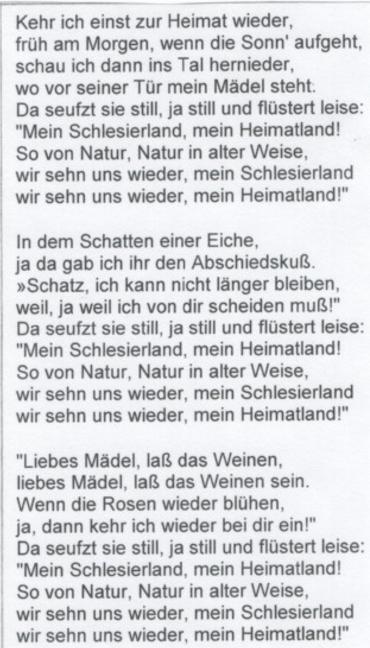 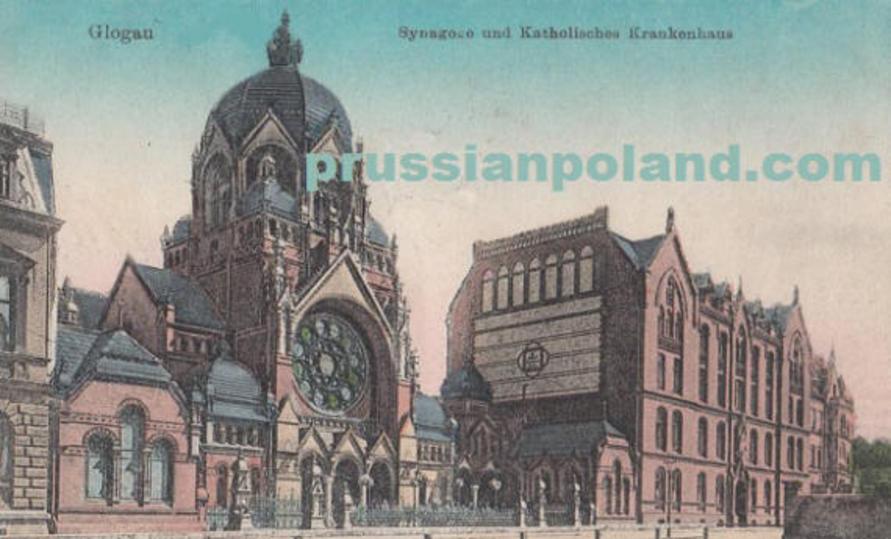 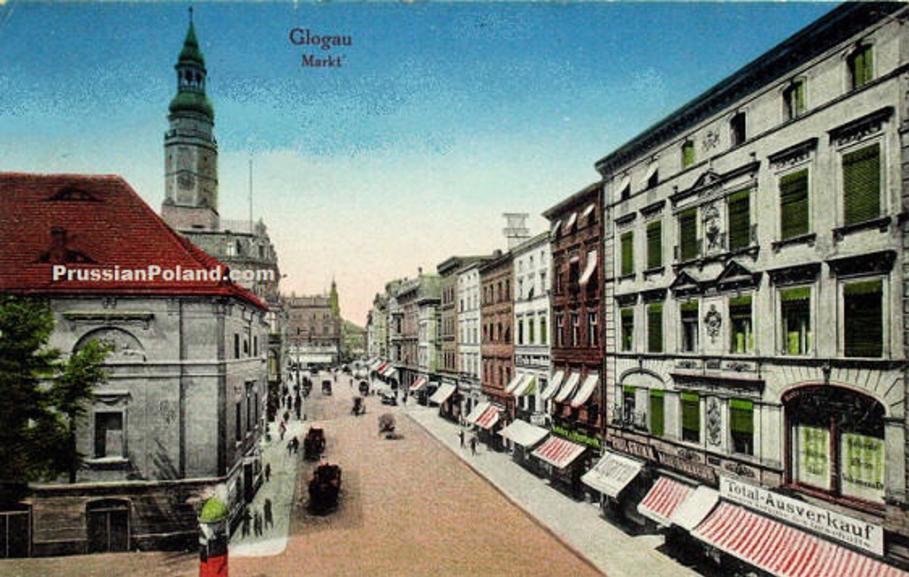 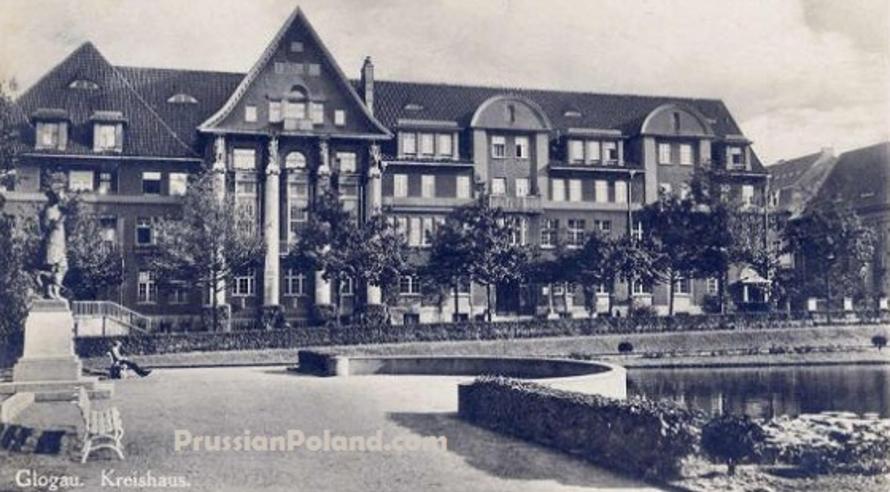 The photographs below depict the city of 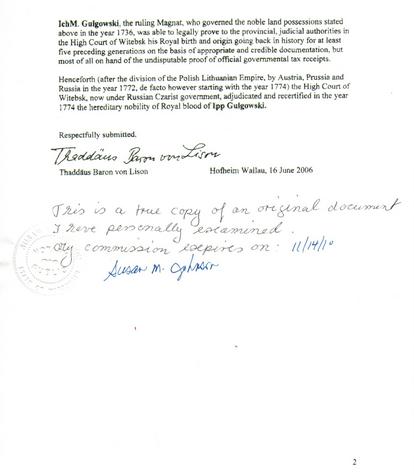 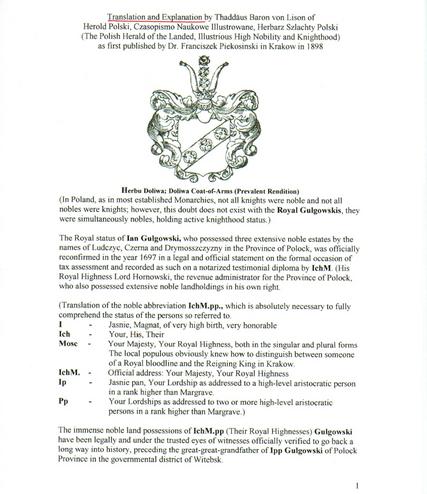 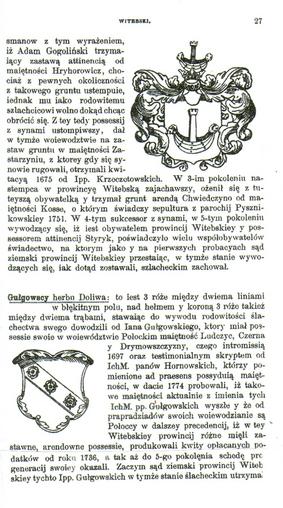 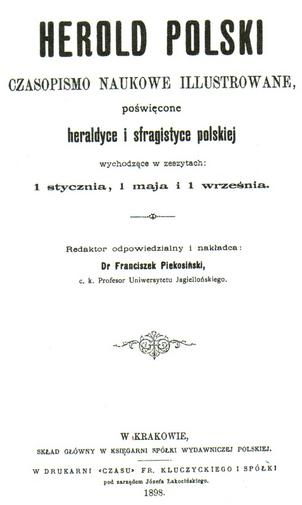 Upper Silesia (at one time Galicia), 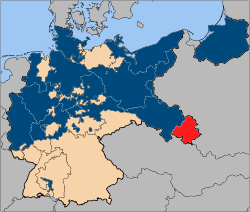 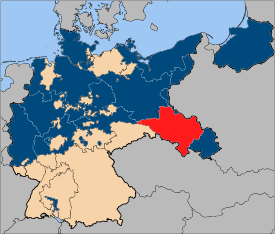 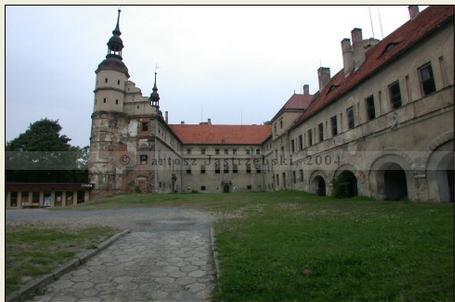 ​​Their Most Serene Highnesses,

at an Investiture ceremony of the venerable Military and Hospitaller Order of St. Lazarus of Jerusalem 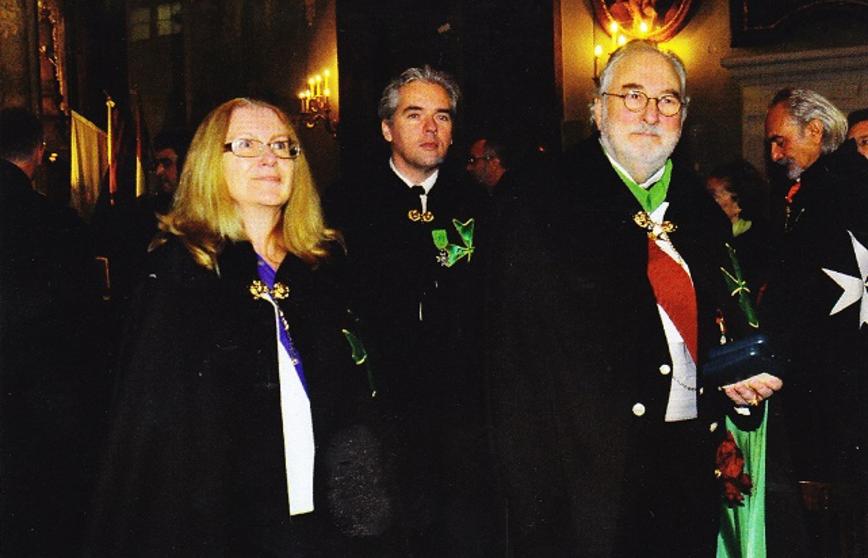 ​thank you most cordially for giving their study of the Gulgowski genealogy your considered attention.

​​​GENERATION ELEVEN:
​​Stanislaw Gulg(k)owski (Gl-ogowski) married Anna Solezka. Stanislaw
is the last in my own line that can be proven by civil records.

From this point on, we had to
rely on books on coats and arms and historical accounts:

Piotra Gulgowski, Arms Doliwa,
also known as Golgowski, was dispatched by King Sigismund III (Vasa) on March
12, 1588 to the Inflants.

Marcin z Gulgowa (the Polish "z" represents in German "von") was listed at the University of Cracow in 1460.

Szymon z Gulgowa was also listed at the University of Cracow in 1460.

Henryk III-V
Zelazny, was the Duke of Glogow, Oels, Wohlau and Sagan. Henryk married Anna
of Plock, on September 5, 1357.
Henry died in 1369 and Anna died on February 16, 1362/63. [It is alleged that
Henry III-V was the last male of the Piast Line. No record has been found, to
date, that he had any offspring, in or out of Wedlock].


​Henryk I, Brodaty ("the Bearded"), was the Duke of Silesia and

Wladislaw II, "the Exile" received Silesia and the "Senioral"
territory as his inheritance. He was Duke of Kracow and Silesia from 1138-1146.
He was King of Poland for a short time. Wladislaw was born in 1105; and died on
May 30, 1159. Wladislaw married Agnes,
the Margavine of Austria. Agnes,
the daughter of Leopold III, Duke of Austria, was born sometime before 1110 or
1111; and she died in 1156.

Wladyislaw I Herman King of Poland, was born,

Ziemonislaw/Siemonyst, Duke of Poland was born
in Gniesno, and died before 964. He is buried in Poznan. His wife was Gorka.

the Piast Dynasty was founded in 850, The Piasts took their name from a ploughman named Piast (d. 891), who had a wife

named Rzepicha. Piast was the first Duke of Poland.

(THIS IS PROBABLY THE SPACE WHERE WE ARE
COMPELLED TO INDICATE THAT THE ENTIRE NOBILITY OF GERMANY, AUSTRIA, POLAND AND
ASSOCIATED GEOGRAPHIES CAME TO AN END WITH THE CONCLUSION OF WORLD WAR I ON 11
NOVEMBER 1918.)

​GENERATION TEN:
Aleksander Jozef Count Gulg(k)owski (Silesian Line) was born March 13,
1695, and died May 21, 1762, elevated to the noble rank of Imp. Prince and Duke
of Silesia by the grace of Her Majesty Maria Theresa of Austria-Hungary, he was
married on October 31, 1728, to Maria F. Baroness von Stein, who was born in
the year 1712 and died in the year 1741, (Arms Strzemien).

In matters of succession, the lawas established by Emperor Justinian prevail as perpetuated by the laws and regulations of formerly and presently existing sovereign states. The completeness of the following genealogical study was obviously negatively impacted upon by the three partitions of Poland, the Silesian Wars, the two world wars, tremendous political strive between anti Monarchy oriented political parties, major natural disasters and the tragedies as well as the atrocities these events carried in their trains.

​At least one exceedingly grateful acknowledgement is here in order:

Without the Hohenzollern Collection, presently in custody of Harvard University, Cambridge, Mass., although based in fact on Habsburg records, this genealogical study would have been 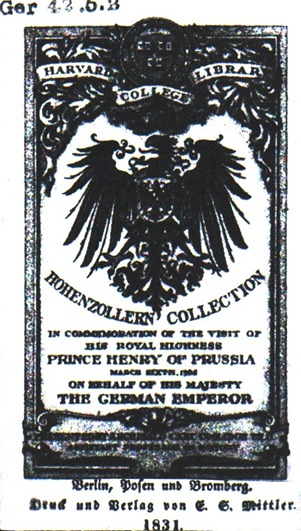