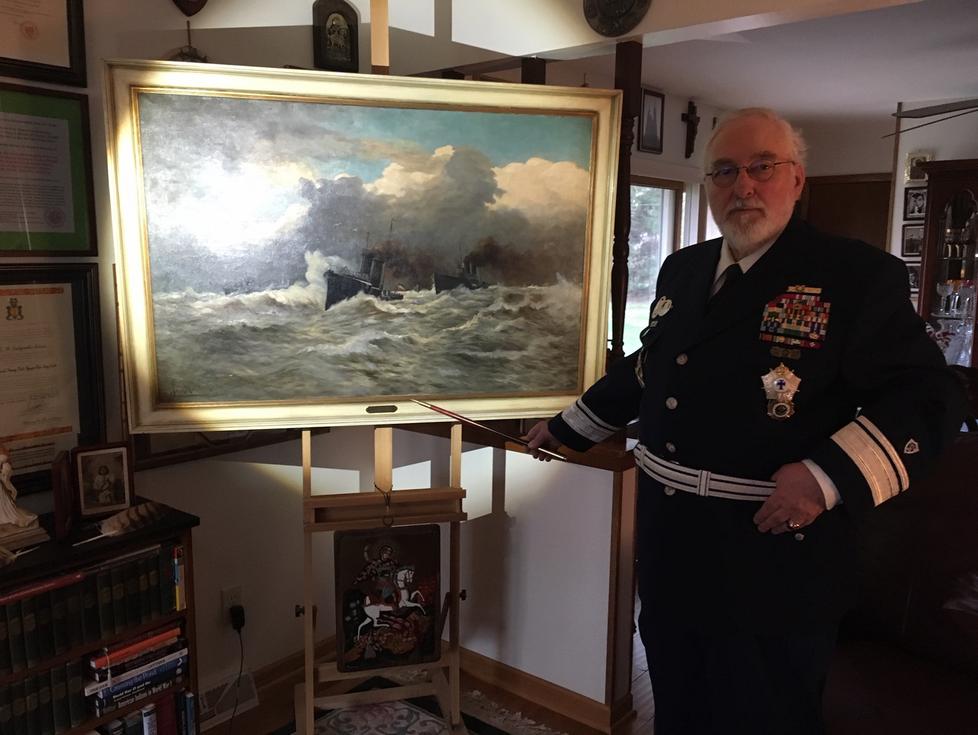 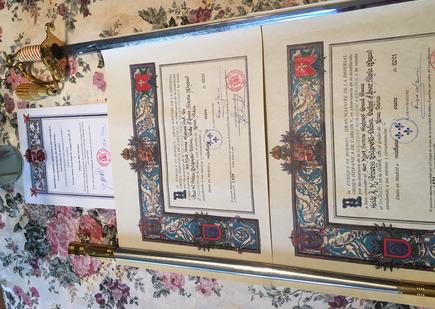 Under normal circumstances, Imperial Hispanic Order of Charles V Investitures are conducted annually at impressive Royal Spanish edifices or breathtaking Roman Catholic cathedrals, like the historical venue depicted below, the Alcazar of Segovia. 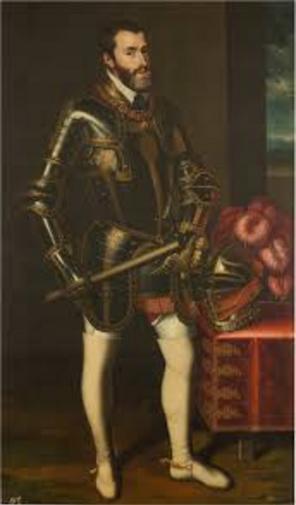 Of the multitude of congratulatory correspondence from friends, acquaintances and allies, we have chosen the exceedingly profound, theologically oriented, Christian words of Their Excellencies,​

to share with the many highly appreciated visitors to our various webpages. 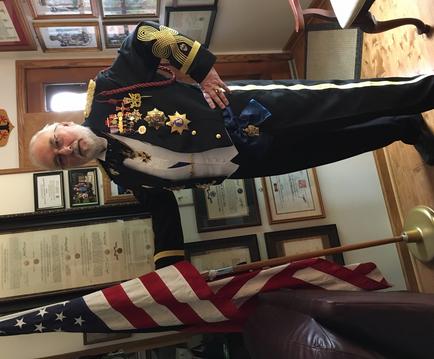 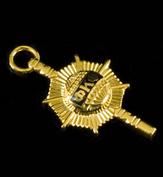 ​The Habsburg Empire reached its greatest dimension under Charles V, who ruled from1516 to 1556.

Charles inherited Spain and its Empire in the Americas through his grandparents, Ferdinand and Isabella. From his other grandparents, he inherited Austria and the Netherlands. In 1519, the German Princes elected Charles Holy Roman Emperor.

Ruling the many Habsburg Lands was no easy task. Early in the reign of Charles V, the Protestant Reformation began in Germany. A devout Catholic, Charles tried to force the German Princes to respect the Pope's authority. However, the Princes and independent cities resisted his efforts to restore religious unity. Charles V eventually accepted the Peace of Augsburg in 1555. This action permitted each German Prince to determine the official religion within his territory.

In Spain, Charles V earned the respect of his subjects through diplomacy and his skilled use of power.

Among many armed conflicts, Charles battled the French for control of Italy, Burgundy and Flanders. He also had to defend his Austrian domains against the Ottoman Turks.

The Ottoman Turks, who had captured Constantinopel in 1453, expanded into Eastern Europe in the 1500s, commanded by Suleiman, the Turks invaded Hungary and advanced up to the Danube River to Vienna, the heart of Austria. Charles V and his brother, King Ferdinand of Hungary, finally arranged a truce that left the Turks in partial control of some of Hungary.

By 1556, Charles was an exhausted ruler. He relinquished his throne and divided his Empire between his brother and son, then he retired to a monastery. Charles divided the Empire because he believed, so it is reported, it was too extensive for anyone person to rule. He left Austria to his brother Ferdinand, who was consequently elected Holy Roman Emperor. Charles gave Spain, the Spanish Empire in the Americas, the Netherlands, Naples, and Milan to his son Philip.

Concluding, during the reign of Charles V, Spain was the most potent nation in Europe. Spanish fleets brought treasure from the New World to Seville. Spanish armies, navies, diplomats, priests, and missionaries fanned out across Europe and the Americas.

It would not be incorrect to compare Charles V most favorably with Charles the Great (742-814). 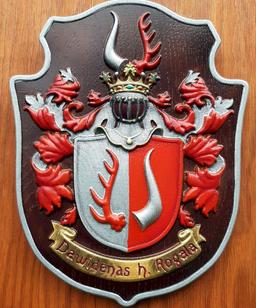 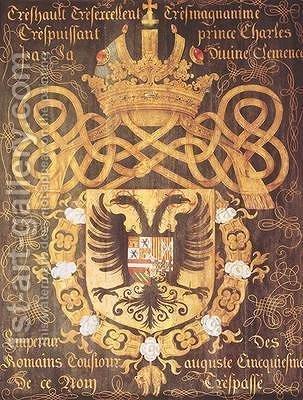 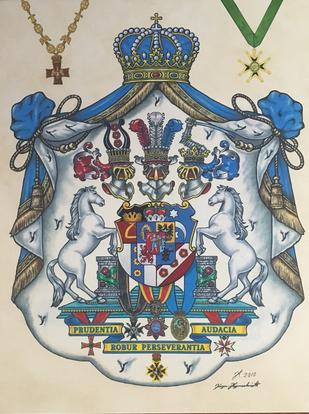 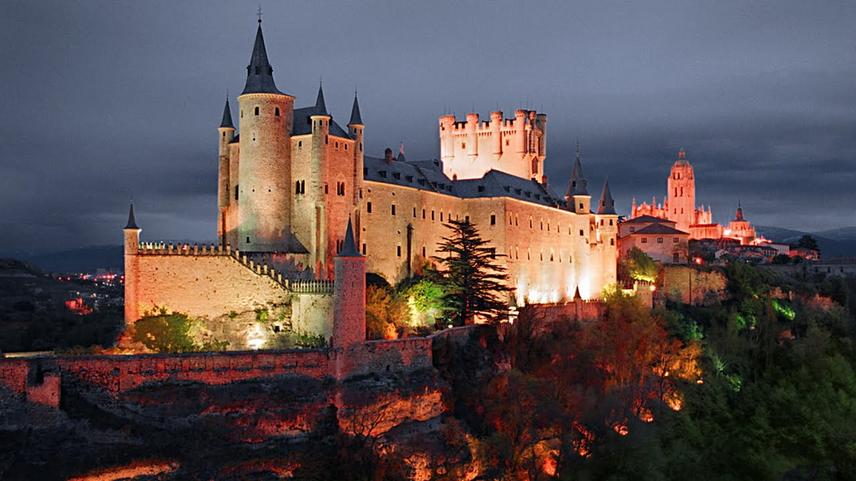 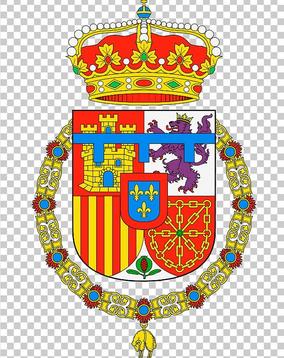 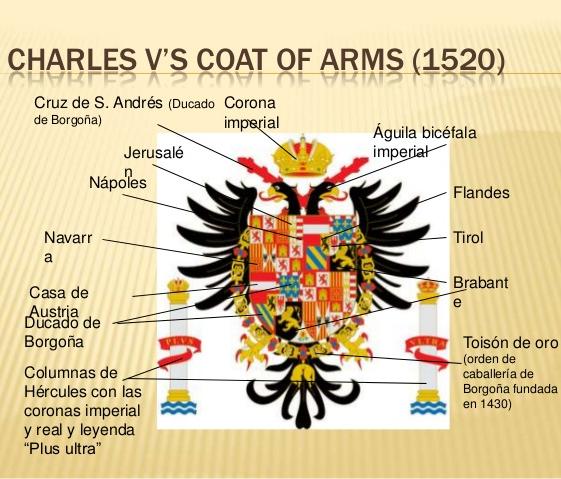 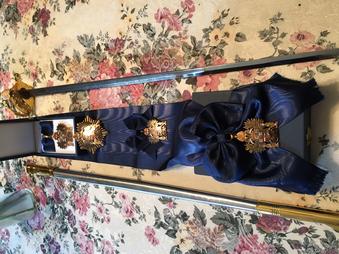 "Every good and perfect gift is from above, coming down from the Father of heavenly lights..."  --  James 1:17

Your Highnesses,
We are so very pleased to hear the news... about your recent reception into the " Imperial Orden Hispanica de Carlos V ".  What a very wonderful and highly prestigious decoration this is!  God has truly blessed the Ducal and Princely House of Gulgowski-Doliwa.
Our hearts are very happy for you.  We know that you both will bring great honor to our Living Christ through this decoration & through all the many good things that come along with it.
Thank you for keeping us informed about this wonderful event.  May good health continue to rain down upon you... along with God's comforting Holy Spirit of peace. 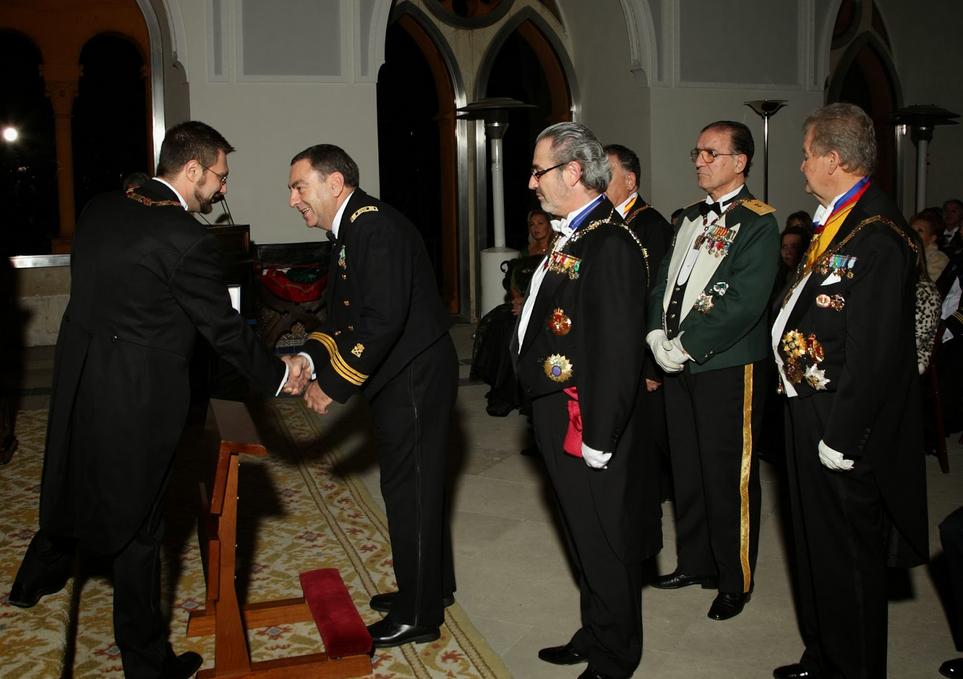 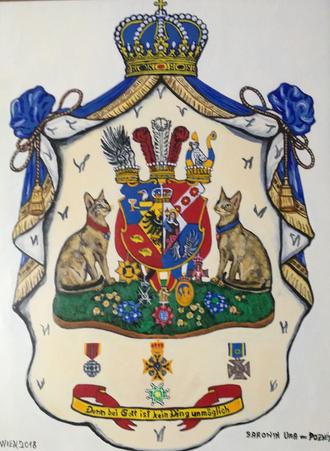 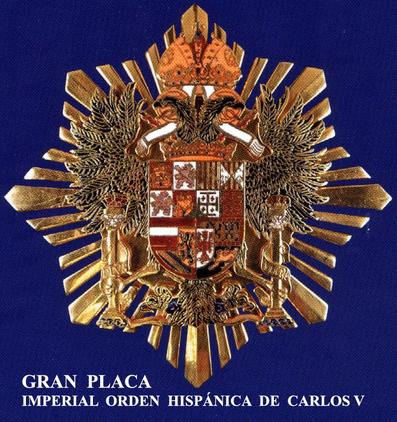 Crowns are much more than those who are entitled to wear them.
They are a symbol for the entirety of a cultural whole and the idea
of enlightened statesmanship.​

The Odyssey
Order Silesia
Defenders of
our Civilization 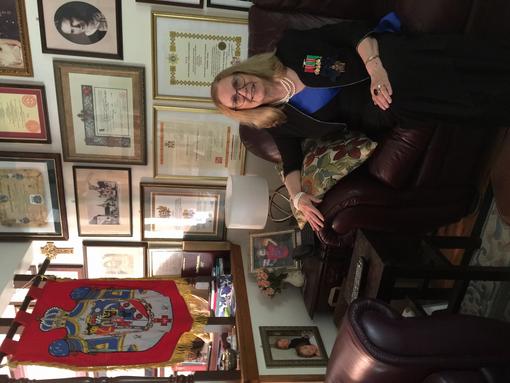 here pictured in a cozy corner of our Hall of Knights.

In this particular location of our home, photographs of her dear departed mother Maria and special sites of her hometown Ratingen should be noticed.

However, because of the Corona virus pandemic, this has not been feasible. Alas, this negative predicament will be rectified, hopefully in the foreseeable future, when the world has been made safe again for international travel and special assemblies of honorable and elegant people.​

​In the meantime, we gratefully acknowledge the expert services of Correos, the Royal Spanish Postal Authorities. 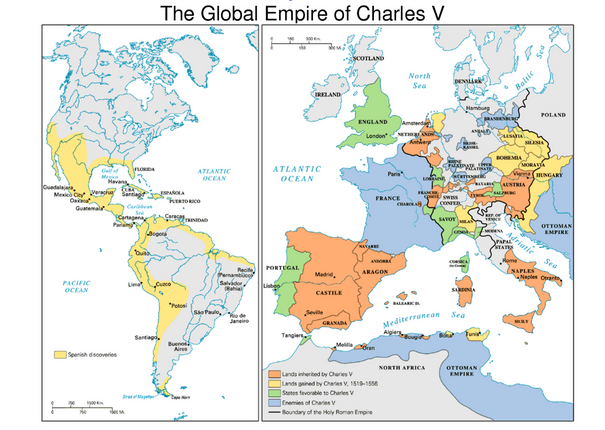 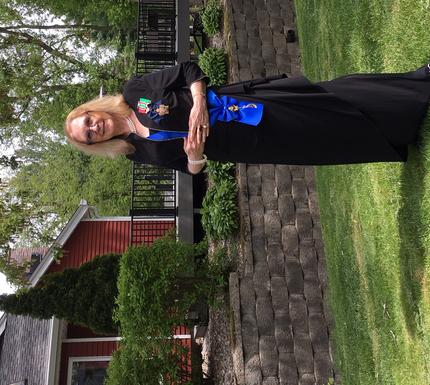 ​H.R.H. Prince Enrique de Borbon, prominent member of the Royal/Princely House de Borbon, home of many highly distinguished aristocratic individuals, who graced many of the Royal palaces and nations of Europe, like Portugal, Spain, Italy, France, to name just a few, and presently also Grand Master of the Imperial Orden Hispanica de Carlos V, has deemed it proper and fit to honor and decorate the current Ducal/Princely Leaders of the Duchy of Lower Silesia (Glogau) with the highly prestigious chivalric decoration delineated above.

In this regard, we may not fail to give due credit to H.E. Ulisses Count Rolim de Reigada, who had brilliantly advocated on behalf of this matter for our benefit.

A co-equal Portuguese extension to the Imperial Orden Hispanica de Carlos V is the Maritima Chivalric Order Placa do Mar Oceano, rewarding its recipient for his sterling military performance in protecting the Panama Canal during difficult times in the mid sixties. 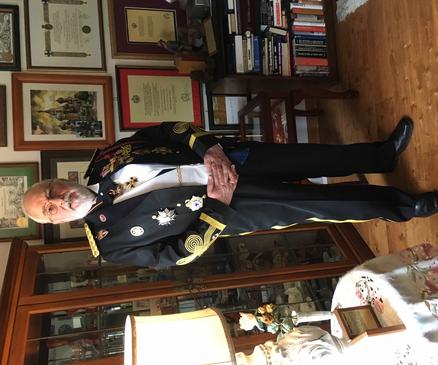 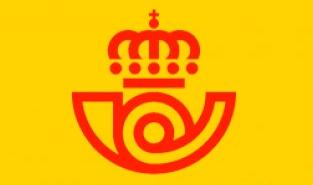 The photograph above pictures

as they invest a meritorious Royal Spanish Naval Commander into one of the most prestigious Chivalric Orders worldwide, the Imperial Hispanic Order of Charles V. 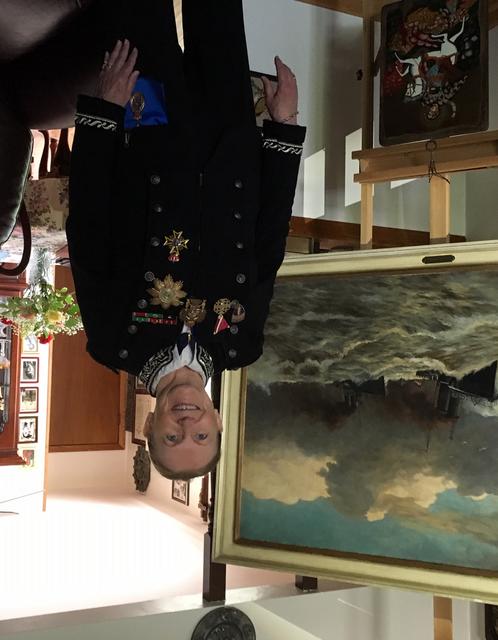 When we think of Spanish maritime operations, we concurrently think of such illustrious personalities as Christopher Columbus, Magellan and Elcano. Still today, Spanish maritime activities belong to the most important in the world, and only one of merely nine naval forces and civilian shipping lines on the planet capable of projecting an important level of influence in the Latin American hemisphere. 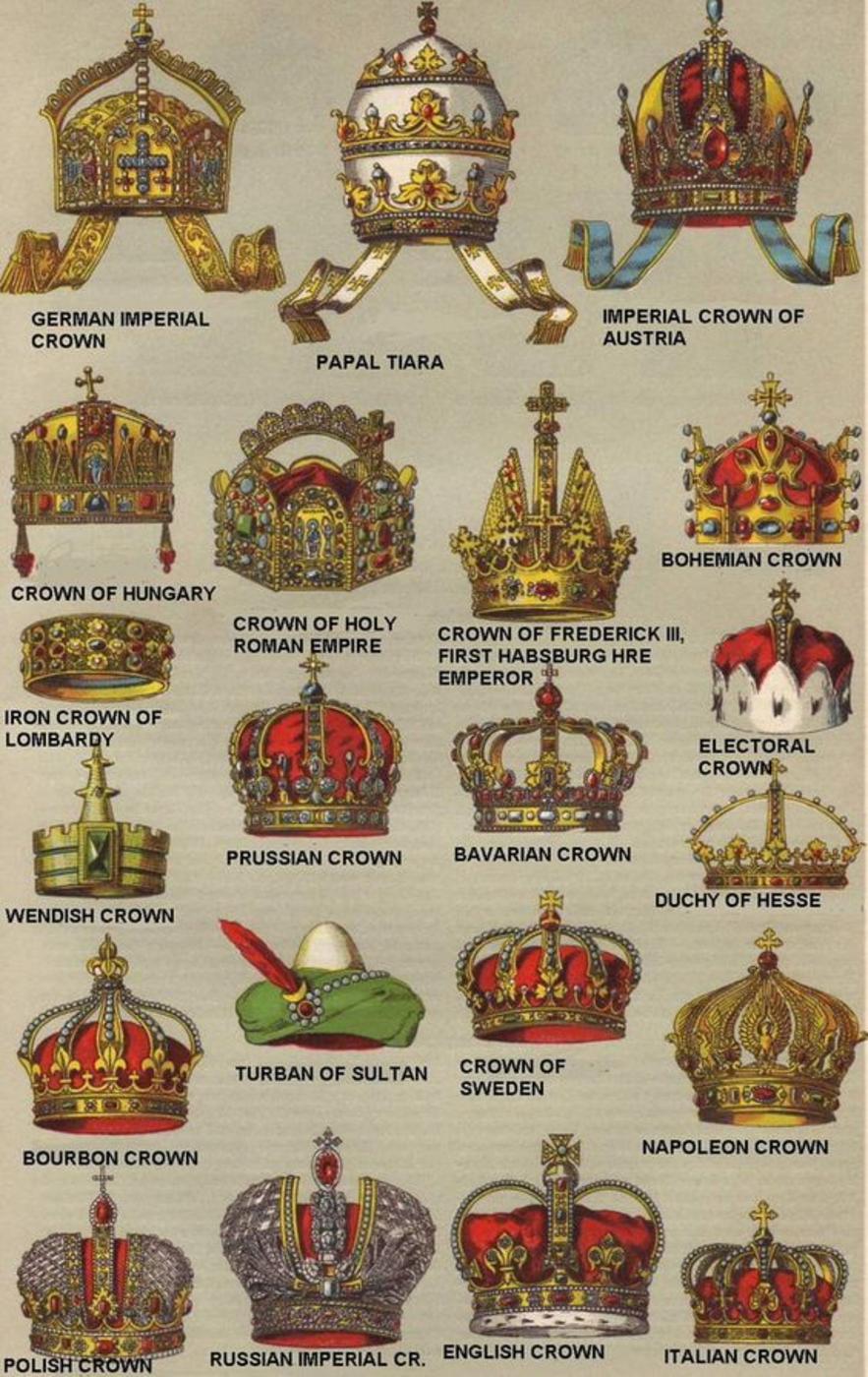 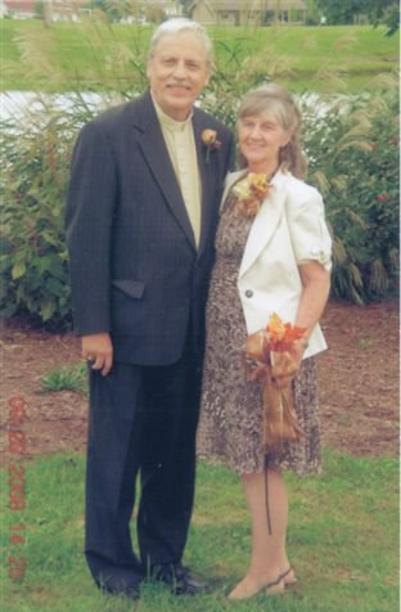 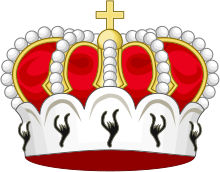