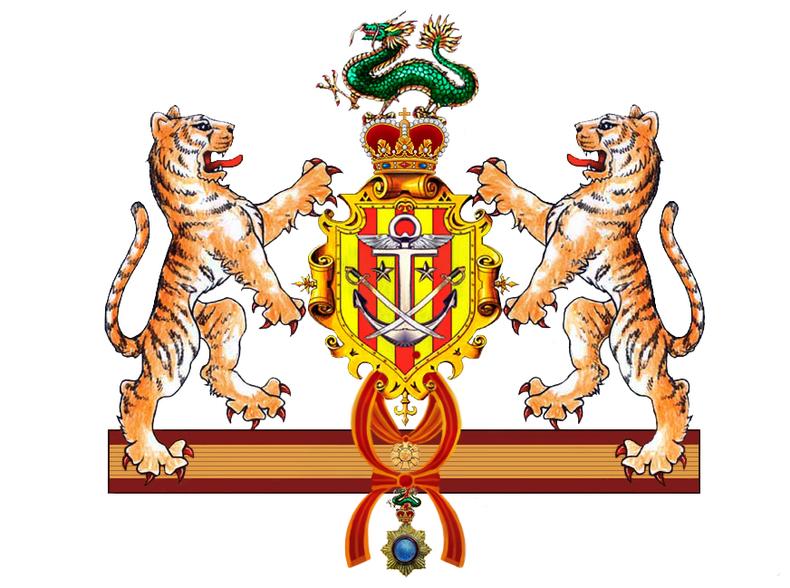 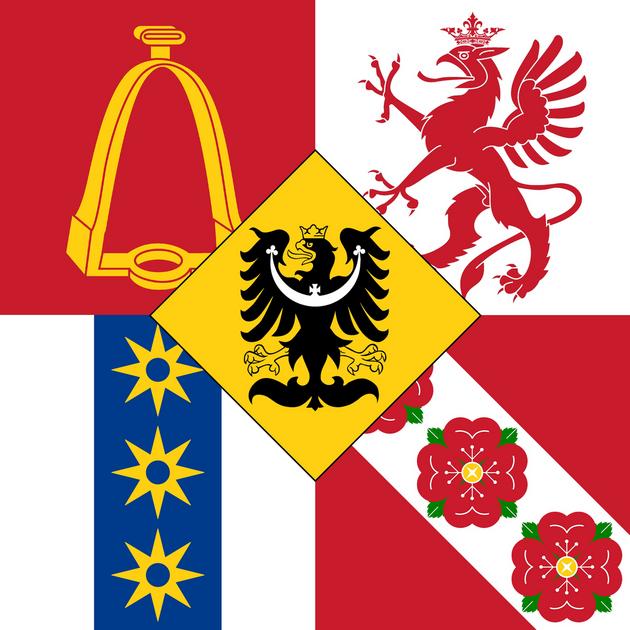 their U.S. Second Amendment right to bear arms for the protection of their own persons,

relatives, friends as well as other individuals in imminent danger to lose their lives

The Ducal/Princely Standard of Gulgowski-Doliwa is permanently displayed (left center above) in the Principal Chapel of the Royal Confraternity of Sao Teotonio (RCST) in Cervide, Portugal (see below).

Order Silesia
Defenders of
Our Civilization 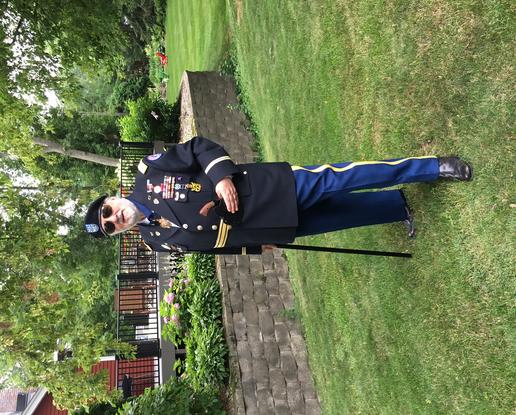 I thank you for your letter of 30 August and for your greetings.
It is pleasant to see the progress of your Heraldic Society. I ask you to continue your useful work for the wellbeing  of our Fatherland.

Your scientific research “The Heraldic Genealogy of Tsesarevich Alexei Nikolayevich” impressed me greatly. I watch your activities with a keen interest and I value them very much. I like also the draft of the new Heraldic Letters Patent which you sent me last time.

I find interesting and acceptable your suggestion of being named St Andrew Principal Herald Master. I will charge my Chancellery with the preparation of the proper document. I hope to hand it to you personally at an official ceremony, when, God give, I will return to the Motherland.

An unknown, delicately beautiful Vietnamese lady in exile skillfully and devotedly stitches with loving, tender care the revered flag of her homeland Vietnam. 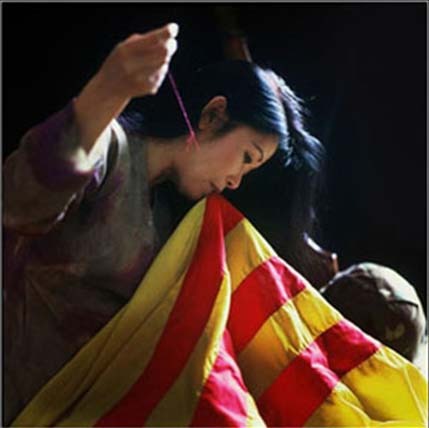 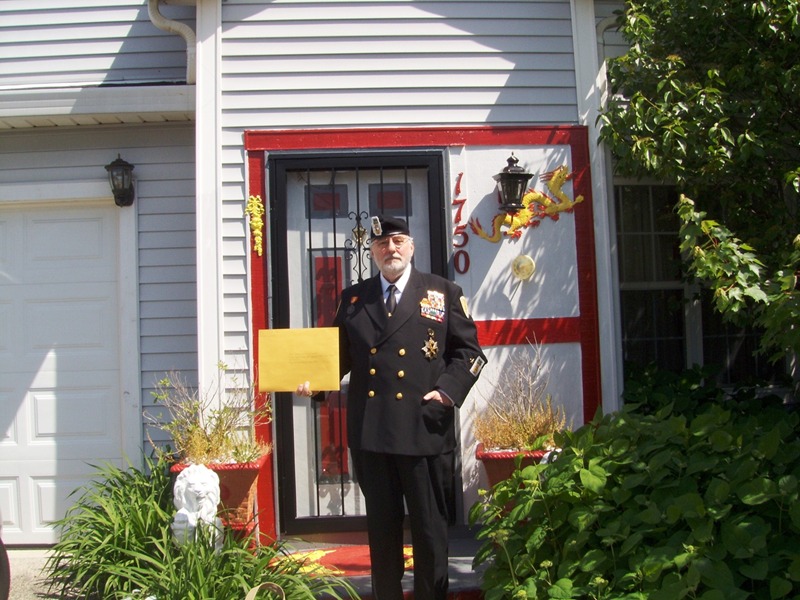 shortly after receipt of his appointment orders in front of the Prince Regent's of Vietnam residence.

The IICPG is a recognized and integral part of the Legion of Frontiersmen.

Their prestigious insignia is displayed above.

​in his civilian service capacities with the Imperial Nguyen Dynasty of Vietnam (in Exile). 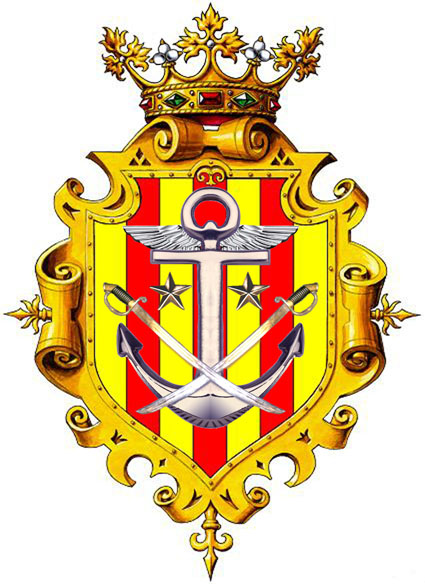 here pictorially integrated with the Prince Regents of Vietnam (in Exile),

​together with their spiritual adviser, Imperial Chancellor, personal pilot and

chief of communications and computer support. 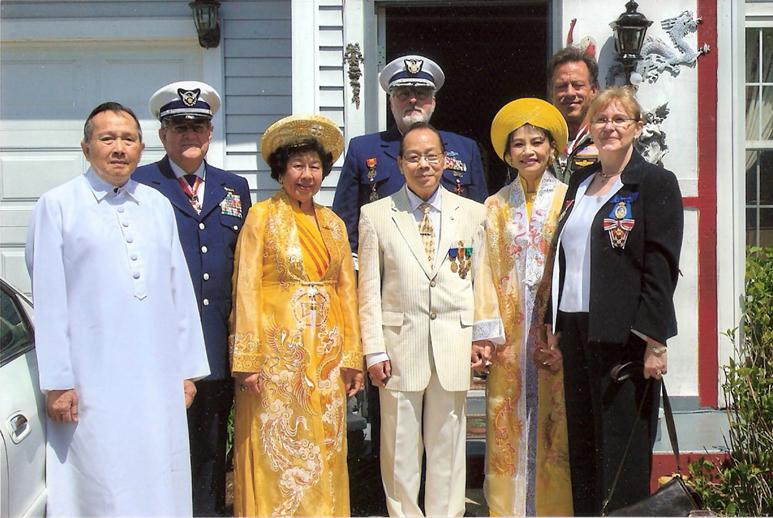 The Coats-of-Arms and Chivalric Orders of​​

The Ducal and Princely House Gulgowski-Doliwa

in Their Association with

The Imperial Nguyen Dynasty of Vietnam (in Exile),

Who had Adopted Us as

Princes of the Blood and Imperial Margraves,

and whom we served with distinction and loyalty

under the following names/titles and capacities:

Major General and Deputy Commander in Chief of the

​Chief of the Foreign Chancellery of the Imperial Nguyen Dynasty (in Exile).

takes great joy and pleasure in the privilege of presenting to his son, Prince Paul II, The Hereditary Duke of Schlesien-Glogau, his CHR Matricula Armorum. 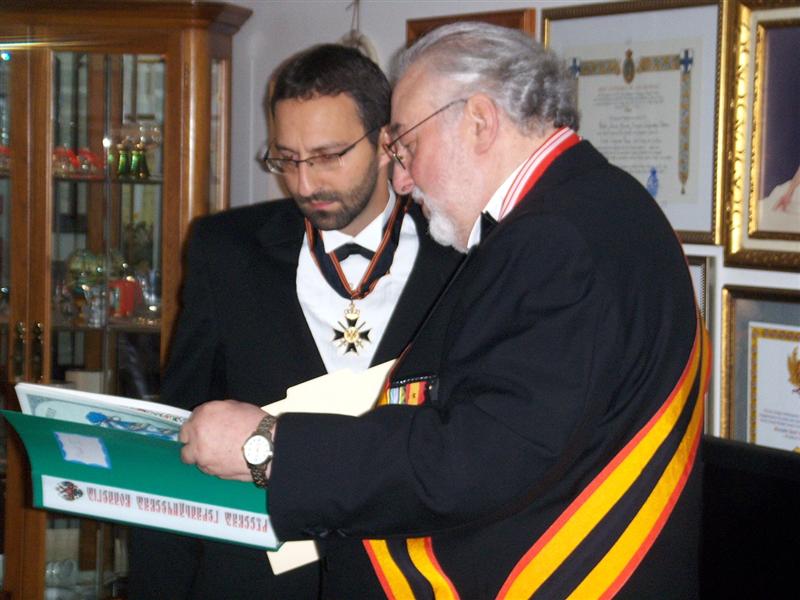 The Chivalric Decorations manifested above are listed below according to their prominence.​

The Grand Cordon of the Order of St. Gereon, The Jerusalem Cross,

The Commander's Cross of the Order of St. Stanislas,

The Commander's Degree of the Order of the Dragon of Annam,

​Commander's Degree of The Royal Confraternity of Sao Teotonio*,

The Eagle of Silesia in Honor of the Defenders of our Civilization*.  ​

(*Not yet published on his coat-of-arms painting.)

The Chivalric Decorations manifested above are listed below according to their prominence:​

The Grand Badge of the Order of Queen Tamar of Georgia,

The Grand Cordon of the Order of St. Gereon,

The Grand Cordon of the Dragon of Annam,

The Grand Cordon of Justice of The Royal Confraternity of Sao Teotonio,

The Dame Commander's Cross with Star of the Military and Hospitaller Order of St. Lazarus of Jerusalem,

The Dame Commander's Cross of the Eagle of Georgia, The Seamless Tunic of our Lord Jesus Christ,

​The Dame Commander's Badge of the Croissant de la Grande Comore (not yet incorporated into this coat-of-arms).

The Eagle Order of Silesia in Honor of St. Hedwig,

​The Eagle Order of Silesia in Honor of the Defenders of our Civilization,

The Imperial Hispanic Order Charles V (not yet incorporated into above CoA).

The Hereditary Duke of Schlesien-Glogau,

​is illustrated in conjunction with the Orders of Chivalry thereto pertaining.

The Chivalric Decorations manifested above are:

The Grand Cordon of the Royal Eagle of Georgia, The Seamless Tunic of our Lord Jesus Christ,

The Grand Cross of the Order of St. Gereon,

The Grand Cordon of the Imperial Order of the Dragon of Annam,

The Grand Cross of Justice of the Royal Confraternity of Sao Teotonio,

The Commanders Cross with Star of the Military and Hospitaller Order of St. Lazarus of Jerusalem,

The Eagle Order of Silesia in Honor of St. Hedwig, whose protectors we are,

​The Eagle Order of Silesia in Honor of the Defenders of our Civilization,

​ Cross of the Order of Merit of the Federal Republic of Germany,

The Jerusalem Cross (not yet incorporated in this coat-of-arms).

The Orders of Chivalry listed above do not include military and maritime decorations awarded to this Armiger. However, in the interest of fairness, a few of them are listed for the benefit of our valued readers.

is illustrated in conjunction with the Orders of Chivalry thereto pertaining.

​is illustrated below in conjunction with the Orders of Chivalry thereto pertaining. 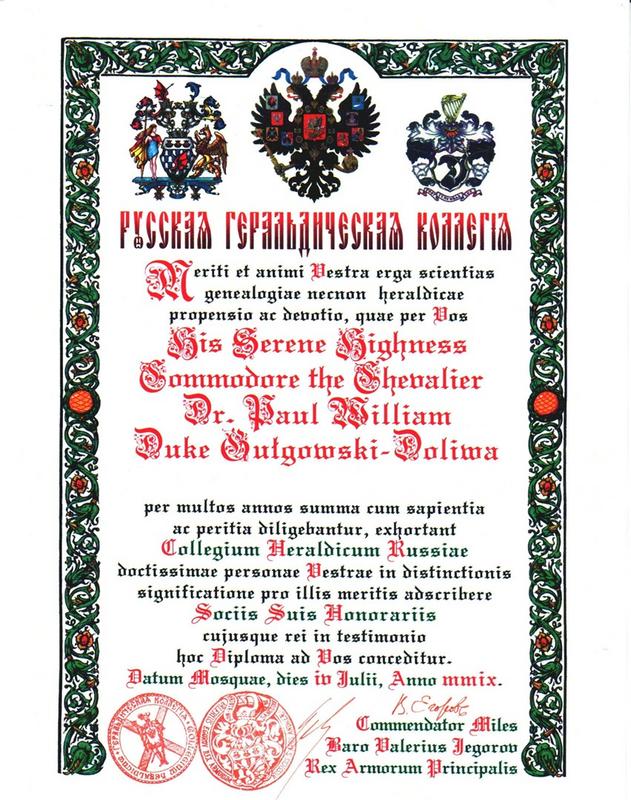 The Senior Chief of the Ducal and Princely House of Gulgowski-Doliwa is proud to be an Honorary Member of the Russian College of Heraldry. 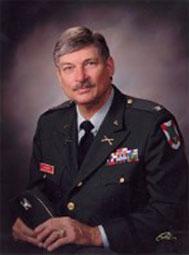 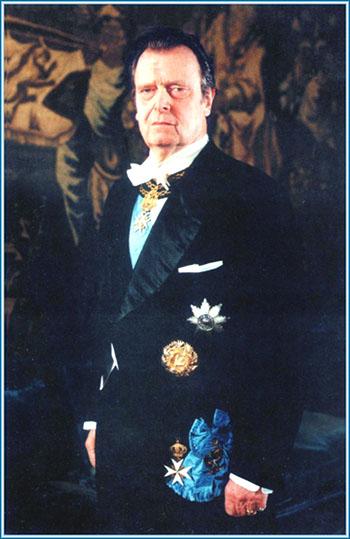 The modern CHR came to life in 1983 with the advice, consent and blessings of

Commander John P. Brooke-Little, Esq., Royal Herald Master to Her Britannic Majesty Queen Elizabeth II and Colonel Dr. David Pittman Johnson, U.S. Army (Retired) Founder and President of the American College of Heraldry. Photographs of these giants of Heraldry are depicted below, in the sequence they are mentioned above.​ 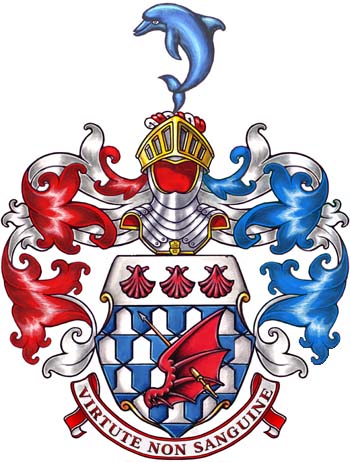 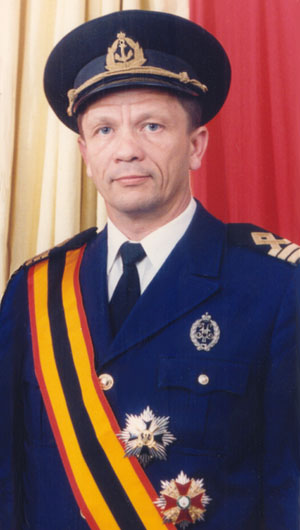 ​The above shown Greater Imperial Russian Coat-of-Arms was painted by the President and Founder of the Collegium Heraldicum Russiae (CHR) in 2003.​

As far as the authors of this webpage were able to ascertain, the CHR is an extension in time of a much older Imperial Russian Heraldic Office of Arms; however, the historically more recent Russian College of Heraldry goes back to 1983. The gentleman who must be credited for this Herculean achievement of modern times is Commander Valery Yegorov, Master Mariner of the Russian Federation Merchant Marine (Retired), who, together with his

coat-of-arms, is featured below. 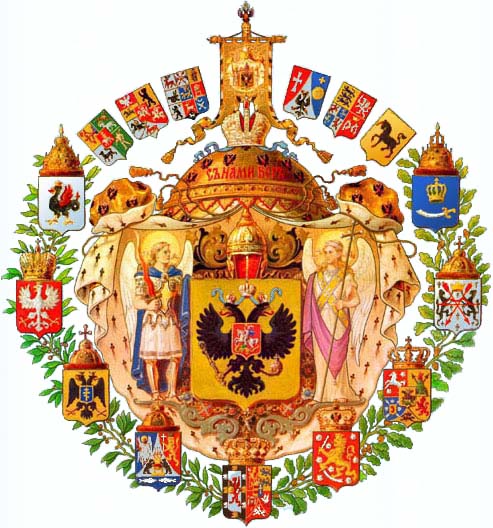 The coats-of-arms of the senior members of the Princely and Ducal House Gulgowski-Doliwa, which includes H.S.H. Paul W. Gulgowski-Doliwa II, B.Sc. Engineering (with Distinction) The Hereditary Dukes of Schlesien-Glogau, were in their final research based on our Dynasty's history and historical developments in the Empires of Austria-Hungary, Germany (Prussia), Russia and the Kingdom of Poland by the President and Herald Master of the Russian College of Heraldry (Collegium Heraldicum Russiae), Commander and Master Mariner Valery Yegorov, artistically created by the Principal Heraldic Artist of the College Mrs. Natalia Yegorova and registered by the Ministry of Justice of the Russian Federation.

The Princes Heide and Paul shortly after having been invested as Commanders of the coveted and venerable Military and Hospitaller Order of St. Lazarus of Jerusalem in Budapest, Hungary. 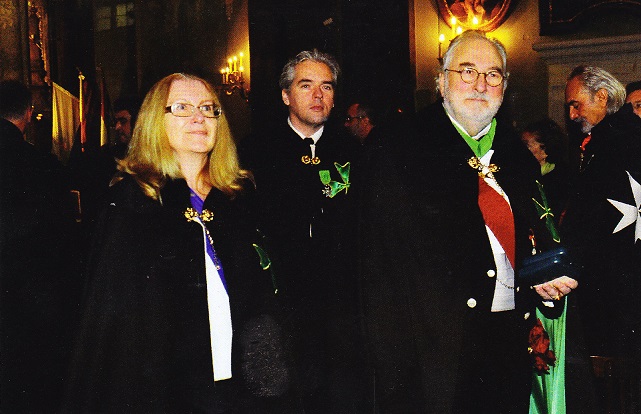 The Coats-of-Arms and Chivalric Orders of

Authored and Created by

Their Most Serene Highnesses

​The Duke and Duchess of Schlesien-Glogau 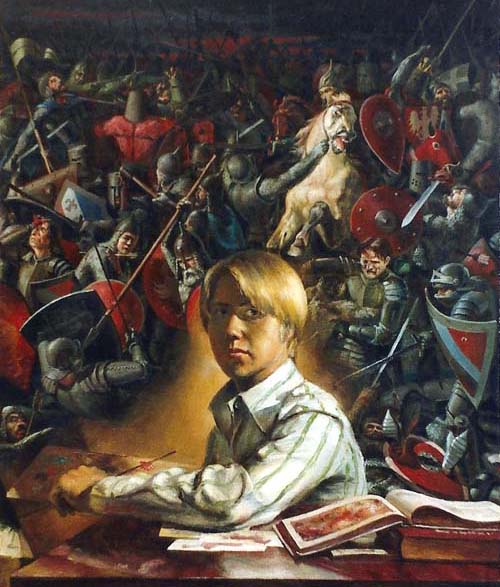 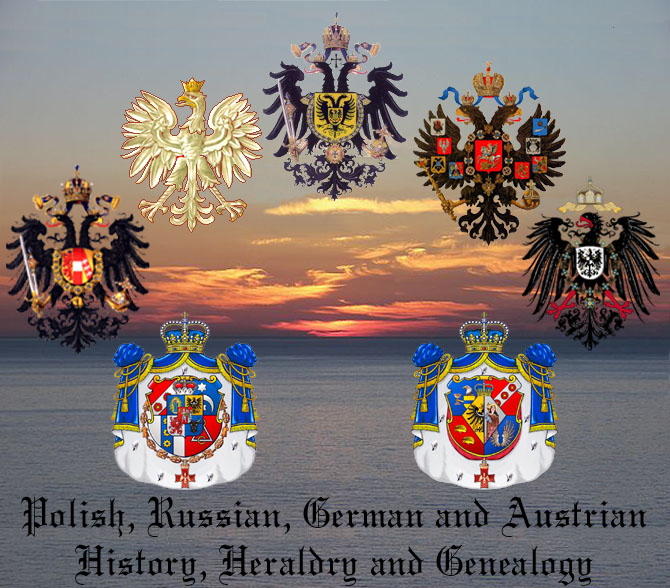 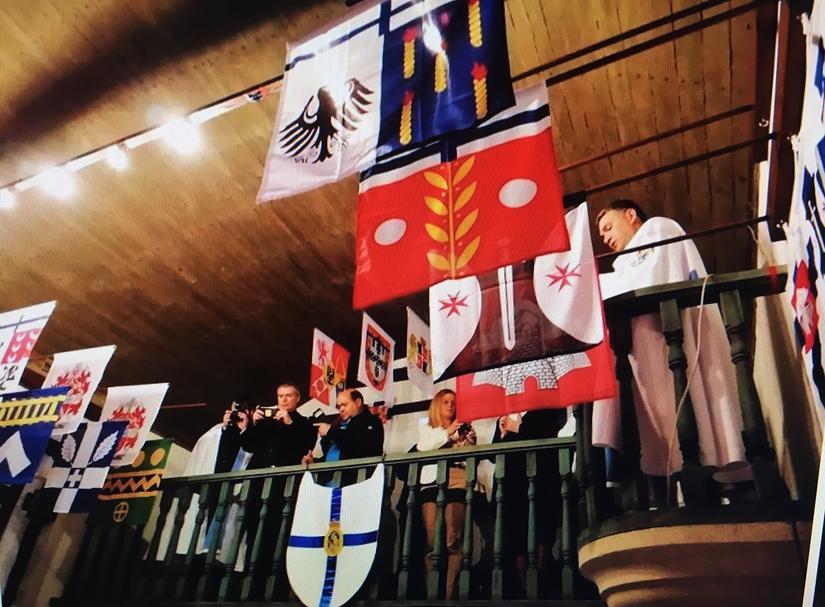 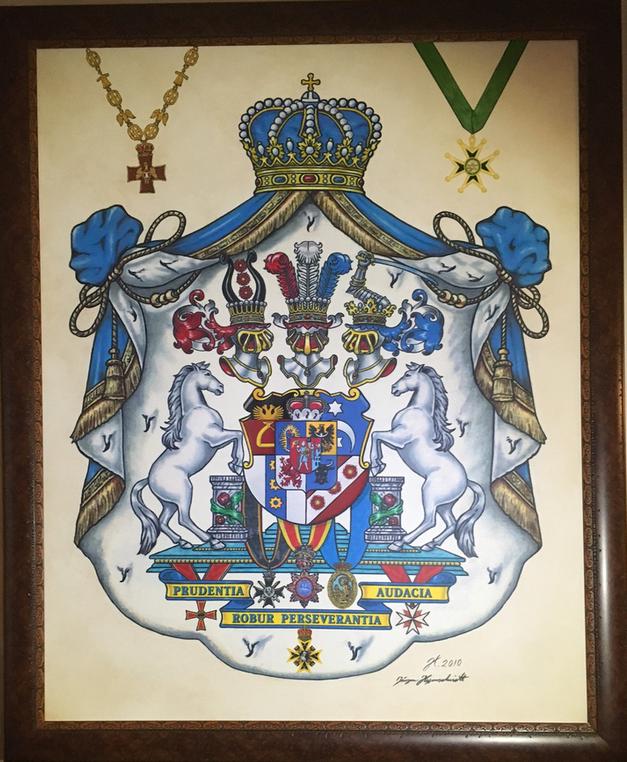 It is our pleasure and privilege to accommodate our German-speaking readers with the following expert quotation of Mr. Claus J. Billet:

Crowns are much more than those who are entitled to wear them. They are a symbol for the entirety of a cultural whole and the idea of enlightened statesmanship.

​A NECESSARY REMARK FROM THE ST. ANDREW PRINCIPAL HERALD MASTER:

The benevolent reader will notice that the present image of the personal letter from His Imperial Highness the Grand Duke Vladimir Kirillovich to Commander Valery Yegorov proves to be executed on the own Grand Duke’s stationery paper form, properly ensigned at the top with the Double-Headed Russian Imperial Eagle. The very body of the letter was typed out with the help of an old-fashioned type-writer (not a modern computer), while the initial salutation, the letter’s date of issue, and the final best wishes, together with the own Grand Duke’s SIGNATURE were handwritten. The whole high-wrought epistle is done in a very good and absolutely correct Russian language, which fact is extremely plausible for a man who had had to live all of his lifetime in exile abroad, very far from his Native Land.

The form of address, here “Valery Pavlovich”, which includes the FIRST name and the PATRONYMIC of the addressee, is a traditional Russian very polite form of addressing, used both in speech and in writing, just to emphasize respect and good will of the speaker or the letter’s author toward the receiver of his message.

Also remarkable is the Grand Duke’s manner to write down the date of the letter, here: 4-IX-91 г. The first figure denotes the day, then the month is designated by the Roman numerals IX (=9 =September), and the year 1991 is shown as -91. Plus final г. which implies the contracted Russian word год (year) with a dot at the end. This is also an old fashioned pre-revolutionary Russian method of writing calendar dates in letters.​

A necessary remark from the St. Andrew Principal Herald Master can be found at the very end of this webpage. 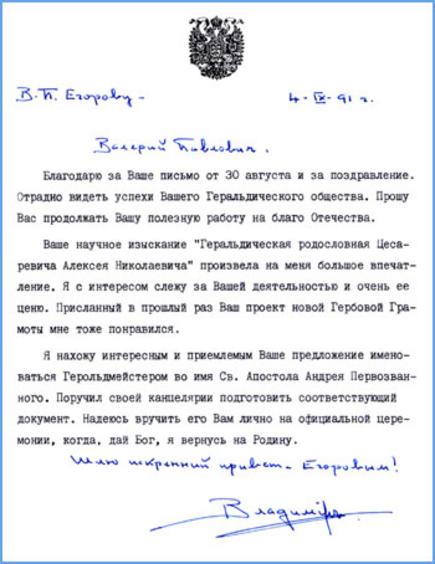 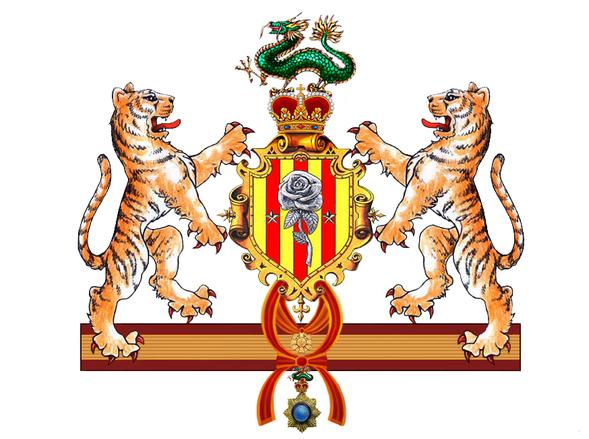 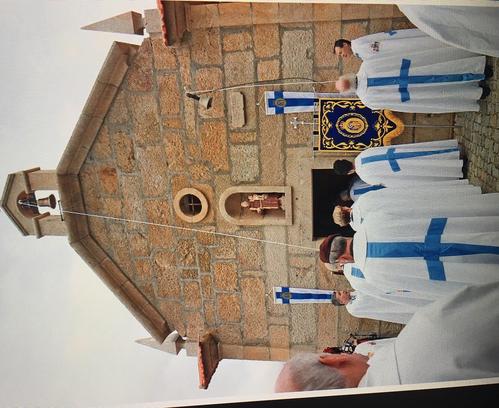 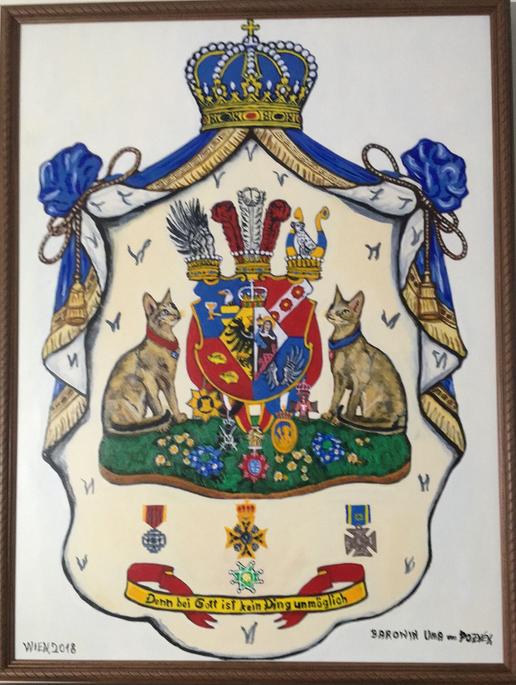 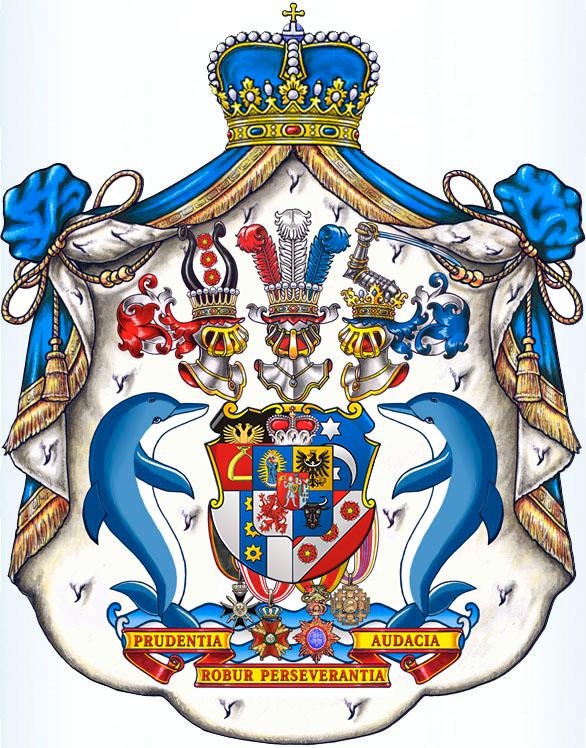 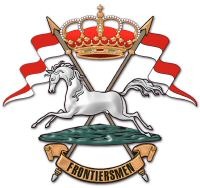 The Rank Insignia of a Major General, IICPG​ 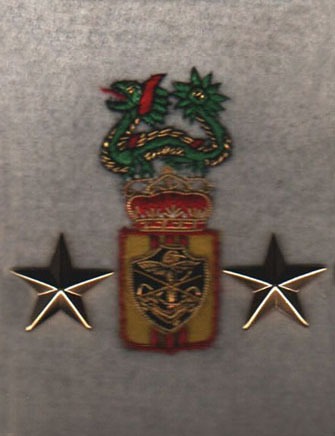 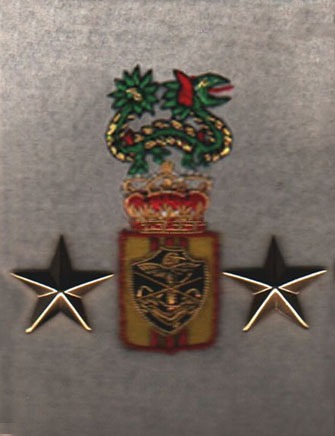 The Imperial International Ceremonial Peaceful Guard of the 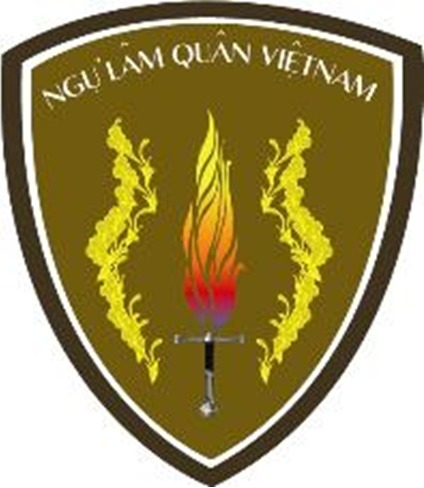 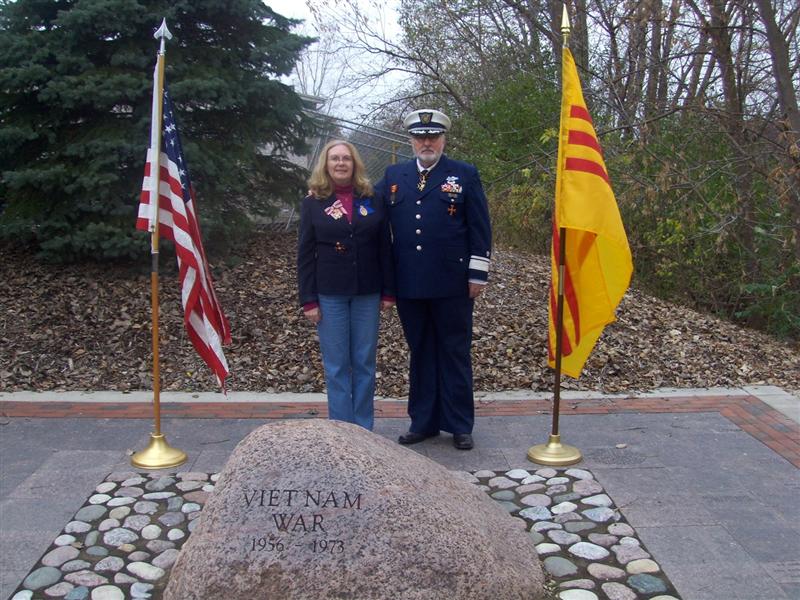 in her civilian service capacities on behalf of the

in his military capacity as

Major General and Deputy Commander and Chief of the